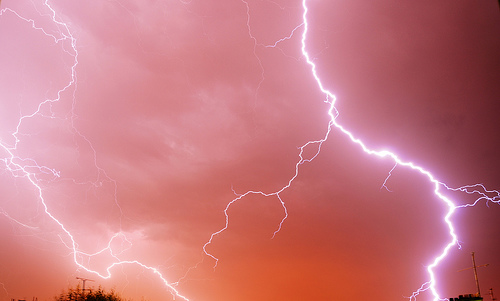 Your attempts to control life can take you only so far.

You can try to eliminate all risk. The cost? Less and less room to move. A smaller space in which to live. Because life is inherently risky. And the only way to avoid it is to avoid life itself (a strategy with risks all of its own).

Or you can try to never feel fear. Or shame, embarrassment, uncertainty, confusion. But to do this you’ll also have to shrink your life down to tiny, rigid proportions. You’ll have to live a life in which you do nothing and in which nothing can touch you. And even then, you’ll still feel them.

Better to give up the idea altogether that you can shape life to meet you. That you can win.

Time instead to embrace the possibility of defeat. Give up endlessly fighting off what’s difficult in life, and allow it to fight with you for a while instead. Let life in, in all of its fury and strength. Learn, as in the words of the poet Rainer Maria Rilke, that whoever allows themselves to be defeated often comes away:

“proud and strengthened
and great from that harsh hand,
that kneaded him as if to change his shape.

Winning does not tempt that man.
This is how he grows: by being defeated, decisively,
by constantly greater beings.”