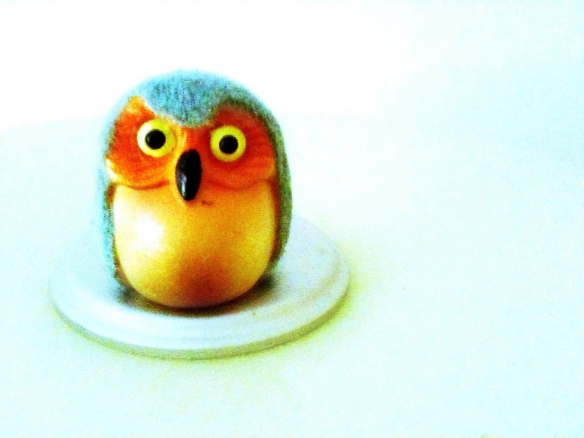 Until you start to look for it, you may be unaware of your efforts to watch out, perhaps obsessively, in order to protect yourself from a certain something.

Some people are hyper-vigilant for lapses in fairness, rising in reaction any time someone says or does anything that seems unjust.

Others are hyper-vigilant for disorder, cleaning and clearing, sorting and organising the moment anything appears to be in disarray.

Some are hyper-vigilant for any threat to their sense of control, reacting before they know it to assert themselves if they ever feel even slightly out of the centre of things.

Others are hyper-vigilant for anger, shutting down and hiding away the moment it seems to be in the air.

And other people are hyper-vigilant for criticism, lashing out at once in defence when anybody seems to have a judgement or unwelcome opinion.

Your own hyper-vigilance might well be invisible to you, so habitual has it become. It may even seem that your particular version of it is not particular to you at all but a truth about the world. But if you observe for a while you might see how it arises in the form of a barely noticeable shift in feeling in your body. A tightening, a constriction, a sinking feeling taken as a signal to become alert, and then as signal to react, even when reacting might be the least helpful thing to do.

It’s a big deal for anyone who leads, or who has the reach to affect many people around them. Because your hyper-vigilance is most probably visible to everyone else even if it’s not visible to you. It will have people tip-toeing around you, withholding themselves, determined to avoid provoking your defensive reaction. Or it may throw you again and again into a predictable kind of difficulty.

The antidote to hyper-vigilance? Learning to become still enough, attentive enough, to catch the feeling before it turns into action. Slowing down instead of throwing yourself faster and harder into busy activity. Mindfulness practices can help a lot here.

And gradually cultivating a different story about the world, in which your primary project is not defending yourself but opening to everything that comes your way.