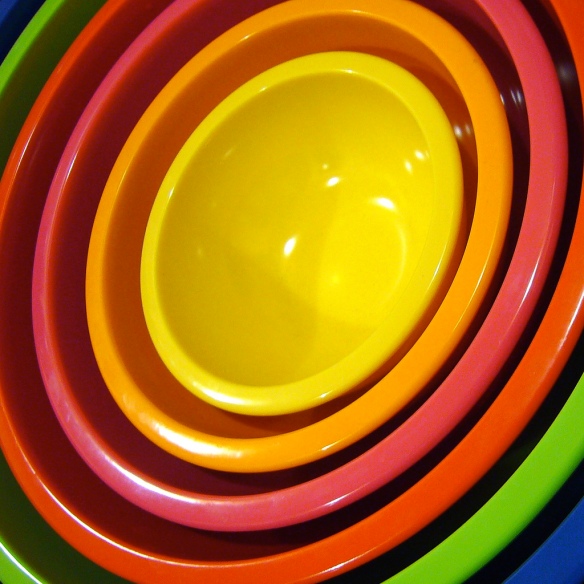 Whereas development in children is easy to see, because of the obvious physiological changes that accompany it, our development as adults – if it happens – is more subtle, but no less profound.

One way of describing successive developmental stages is as a series of concentric circles. With each developmental shift the world we inhabit (the world of possibility, action ideas, responses) grows bigger, including rather than replacing the world in which we lived before. Another way of saying this is that we find ourselves inhabiting a world with bigger horizons than we had known. And along with that, usually, comes new language to describe our experience, new skills, and new ways of relating to others and everything.

In Robert Kegan’s language (and he is one of the most comprehensive, thoughtful, and grounded writers I know of on this topic) our development is always in some way a shift in subject-object relationships. Or, put more plainly, we come to a different understanding of what is me (subject) and what is in relationship to me (object). Often, we find that what we’d taken to be obviously ‘me’ is only a small part of what being ‘me’ really is – a shift in which we discover that ‘me’ actually includes more than we could have imagined before.

An example. In an earlier stage of our development we relate to our emotions as if they are a feature of the world, enveloping us like the air we breathe (and similarly invisible). We’re frustrated, and so it’s the world that is frustrating. We’re angry with another person, and conclude that they must be making us angry. We’re in love, joyful, and so the world is joyful. We feel despair and take it that the world is a despairing place.

In this way of being an adult the world, and we, are indistinguishable from the mood we are feeling. In this stage we’re subject to our emotions. It is almost as if, instead of having emotions we are being had by them. We can’t see that they might have something to do with us.

When the subject-object shift in our development comes we start to see that emotions are something we have. We’re able to say that we’re feeling anger about this or that, and feeling joy about something else or at some other moment. We see that although our despair or love seems all consuming it’s not the world that is despairing or lovely but a feature of our relating to it that has it be that way for us. We can understand too, maybe for the first time, that others really do often feel quite different from us – that we can feel anger about something while somebody else, quite legitimately and truthfully, feels joy. It’s not until our relationship to our emotions move from having us (being subject) to being something that we have (an object) that all this becomes apparent to us.

Concentric circles, widening, as we inhabit the world in a new way.

When emotions are object rather than subject many other possibilities open to us. We can question our feelings for their accuracy and appropriateness, rather than be swept up in them. We can open to the different experience of others, instead of insisting that they feel the same. We can start to wonder about our own relationship to our emotions in a way that simply was not possible when they were part of the invisible background that had us:

What is this emotion about?
What draws me more towards some emotions than others?
How is it that I’m participating in keeping sadness going, or joy, or longing, or despair, or frustration, or resentment?
What can I learn about others’ worlds in all of this?

Indeed, it’s only when such a developmental shift happens that we really start to understand that other people inhabit worlds that are related to, but not quite the same as, our own. The world, which we were previously subject to – the world that had us – seems much more like something we have or are at least participating in. And it’s from here that a deeper understanding of, and compassion for, others can grow.