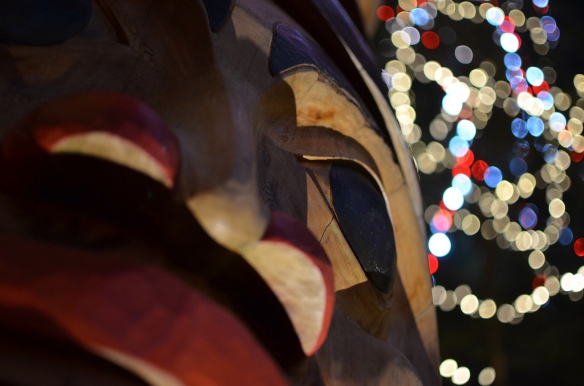 I write here often about the inner critic because it has been the cause of so much struggle and difficulty since I was very small. In writing I discover new angles and new waysof responding. I hope it will be of help also to some of you who are reading.

For years I did not want to hear anything that others had to say about me, whether praise or criticism, loving or ill-intended. It was all pretty much the same to me – a wounding reminder of my own constant self-judgement. Such harshness in my inner world led me to take on inner self-numbing as a serious project. The comments of others, however offered, simply reconnected me with what I was working so strenuously to avoid.

I extended this project into the outer world too, of course, trying not to draw too much attention to myself. I’d stay out of the limelight when I could. And I developed a reputation for shyness and quietness, for not being too much trouble to anyone, for looking ok, for being humble and self-effacing: all powerful supports for the inner numbing to which I was so committed.

At the time, I doubt I would have understood any of this as something I was actively doing. But such is the power of the critic, it can shape a life from the inside out, and for that reason I think it’s a topic of enormous importance.

It was only in my mid-thirties, when a teacher of mine was generous enough to tell me how self-critical he found me, that I began to see that I had a critic at all. Until then I’d thought it self-evident that the world was made up of exactingly high standards that I could never reach and populated by others who knew my many failings even before I discovered them myself. It had never occurred to me that my hyper-vigilance for criticism, inside and outside, was just one possible way to live an adult life.

The foundational, liberating move was to identify the critic as an entity in its own right – a part of me – and to see that the harshness it generated was not life itself. In this way the critic became something I have rather than something that invisibly has me. And having it opened up the possibility of cultivating a new relationship with it.

I learned how to see the critic as an attacking force and, gradually, how necessary it is to defend against its attack. Reasoning with it (a familiar habit for me) or otherwise engaging with it does not help, because the critic is insatiable. It has higher standards in all domains of life than I can ever reach. Whatever I do it’s on the immediate lookout for what else is undone or not perfect. It cannot be placated by persuasion, by argument or by giving in, and it is not at all interested in the evidence of my eyes and ears and heart. Living with the critic is like living with a rabid dog.

Defending requires meeting the critic with equal and opposite energy to its attacks, pushing them away with considerable force. Expletives help – the more evocative the better. What does not help is passivity: quietly waiting, staying small, until it goes away. This strategy, familiar to me from my childhood, just invites the critic to keep going.

When I remember to defend myself adequately I gain a measure of freedom, some space, into which the longings of my heart and conscience can step forward. It turns out that the critic – though it will defend itself by telling me it is my conscience – is interested neither in what I long for nor in what is right. It cares only about maintaining a vanishingly small world in which nobody can ever be disappointed and no shame can occur. And it’s willing to use the very disappointment and shame it so fears from others in order to keep me in line.

And so I have to remember to defend, every day. As time goes on the attacks become more disguised, more wily. It’s a lifetime’s work. And necessary, if I am to live fully, and if I am to take up the freedom and capacity to contribute that is my – and everyone’s – birthright.