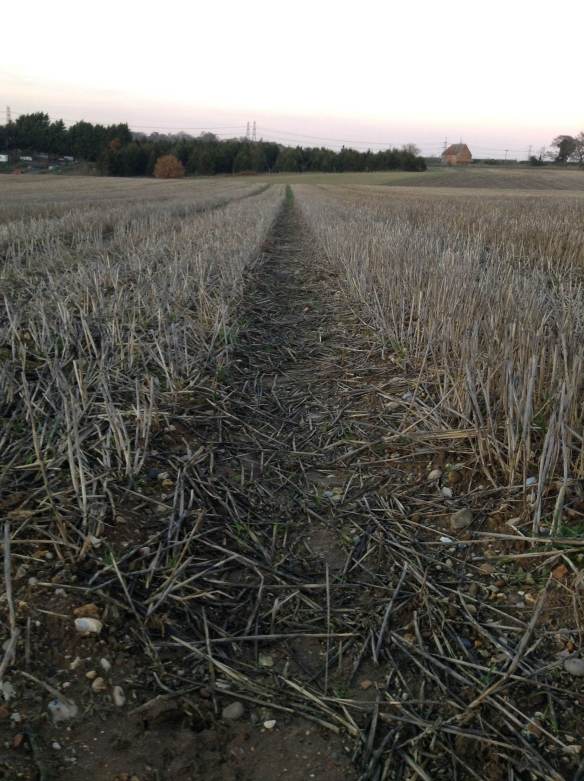 We assume that most, if not all, of our actions arise from within us. We talk about drives, preferences, goals and intentions as if they are, without question, the only forces that move us. And as a result we pay little attention to the way we’re brought about by what’s around us – the people, places and things we encounter repeatedly in our lives.

The inner drive model gives much more weight than is due to our conscious selves – the explicit choice-making part of us that we most readily identify as ‘I’. Much of the time, it’s not this ‘I’ that’s in operation, but a much more automatic, habitual aspect of us that’s skilful at navigating through the world without needing our conscious intervention. This ‘I’ knows the world through its repeated interactions with it. It can navigate stairs, roads, chairs, doors, people, windows, showers, toothbrushes, pens, paper, phones, cars, trains… everything we have to do without really thinking about it.

The automatic ‘I’ is sophisticated enough to take part in conversations, guide our speech (once the conscious ‘I’ has set an intention or a direction) and drive us home. And, rather than being separate from the world, it relies on the world to orient it. It is drawn out by the affordances that surround us – the door handles, keyholes, street crossings, utensils, chairs, keyboards, and people that we have become skilful at responding to by years of apprenticeship.

We quite easily see that this is the case if we visit an unfamiliar culture where the tools, signs, symbols and practices make no sense – there we really have to think in order to get around (if we can get around at all). It’s incredibly hard work. There is little or nothing to draw out from us the skilful, embodied, habitual, automatic response upon which we rely so much. In these situations we feel most acutely our separateness from the world as conscious, thinking, deciding beings. The rest of the time, when we’re on automatic, in a culture with which we’re familiar, there really is very little separation between ourselves and the world to which we’re in the midst of skilfully responding.

And this is one of the reasons why so many of our ways of accounting for the actions people take in our organisations are so unhelpful. Individual performance reviews and targets locate agency solely in the separate conscious self – we are punished or rewarded, hired and fired, blamed and praised as if it’s only the separate inner world of thought and choice that’s relevant to the actions we take. As if what we are in the midst of has no part to play in what happens.

But we are, in significant part, being brought forth by what we’re surrounded by. Which is why it should be no surprise that when we force people to leave (‘manage them out’) we often find the very same problems recurring in the hands of the next person into the role. We are blind to the history that’s bringing about our difficulty. Which is because we’re blind to the surrounding world of people, objects, places and systems that’s bringing it about too.

And so when trouble arises in our organisations it’s enormously helpful to start looking systemically. Not simply ‘who is responsible for this?’, but also ‘what in this system is bringing about this difficulty?’. Instead of ‘let’s get rid of this troublemaker’ we could ask ourselves ‘how are we, collectively, and our whole situation with its tools, procedures, relationships and environments bringing about this trouble?’.

We’d save ourselves, and those we so easily blame, enormous heartache and practical difficulty if we were prepared take this seriously just a little more often.

For a powerful and practical exploration of this topic, you could take a look at Barry Oshry’s work, especially his book Seeing Systems.