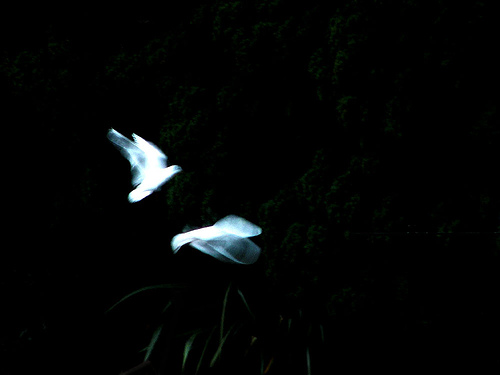 Today, the third anniversary of a close encounter with the fragility of my own life, I’m reposting, below, on the necessity of asking for help, of allowing ourselves to be vulnerable, and of turning towards darkness when it presents itself.

It turns out that spontaneous blood-clotting is relatively common and often not well diagnosed. If you are interested in finding out more, check out the website of the Hughes Syndrome Foundation.

Could it be that it’s time for you to give up looking good so you can be real instead?

I’m not saying this lightly.

Two summers ago, I found myself rendered momentarily speechless, mid-conversation, as a dear friend and I walked together for lunch. A few minutes later, flat on my back on the pavement, heart pounding, short of breath, mind racing.

I knew for certain only after a few days – but had an inkling as it happened – that an undiagnosed blood clot that had been forming in my leg for some time had at that moment broken loose from its moorings.

I called home while we waited for the paramedics to arrive.

It was a hot June afternoon, blue skies, but there must have been clouds as I remember watching a seagull wheel high overhead against a background of grey-white.

Just when I most needed help and connection I played my most familiar, habitual ‘looking good’ hand – making sure others around me had nothing to be worried about. A hand I’ve played repeatedly since I was a child.

Even in the most obviously life-threatening situation I had yet experienced: “I’m fine”. Too afraid to be seen for real, to be seen as something other than my carefully nurtured image of myself.

It was there, on the pavement, that I started to understand in a new way the cost of holding myself back from those I most care about; the power and necessity of vulnerability and sincerity; that my humanity, with all its cracks, complexity and fragility, is a gift to others, not a burden.

I began to see that the realness I treasured in the people who love me the most was my responsibility too – a necessary duty of loving in return.

I’m still learning, slowly, how to fully show myself.

One step at a time.

And I’m learning, too, that sometimes we’ll carry on trying to look good, even if it has the potential to ruin our lives as we do so.