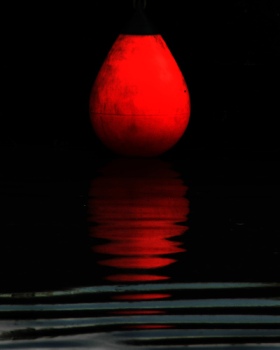 Frustration: a yearning for something that seems always just out of reach. It’s one part desire, and another part despair.

Intense, maddening, and in turns deflating, frustration brings the object of your desire to the centre of your attention. It shapes thoughts, tightens body. It has you thrash and complain. And it narrows your focus so that while it’s in full swing, the rest of life is registered only dimly.

Most surprising about frustration is its capacity to have you destroy the very thing you want so much:

The relationship in which you’re longing for respect and trust, undone by your judgments, accusations and harsh words.

The project you want to bring to the world derailed by your insistence and unreasonableness.

The art you’re creating undone by distraction and procrastination.

… which might not be as illogical as it sounds, at least at the moment of action, when destruction looks preferable to the despair of continual failure.

But, like all moods, frustration is an angle on the world, not the world itself. It conceals much, even as it reveals powerfully what you care about.

If you’re able to tell that you’re in it, you may be able to open yourself to the insight that it brings, and also to its narrowness. And from there, the possibility of seeing things from a wider perspective arises – the perspective that other moods such as gratitude, kindness, simple anger or hope could bring to the self-same situation.