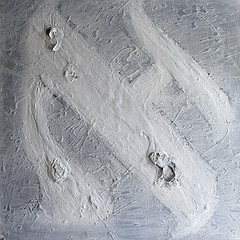 In the Jewish tradition, any story is an invitation to interpretation, to imagination, to invention. You read a story not so much for what’s true in it, as for what can be imagined into the spaces. So a straightforward story can become the launching point for wildly differing interpretations, all of which are held alongside one another even if they’re paradoxical, mysterious or downright contradictory.

It’s a tradition known as midrash and it embodies a commitment to see things from many angles, to have many different kinds of explanations for what might initially look obvious and simple. In midrash there’s no such thing as a story with a monopoly on the truth.

Often, it’s helpful to do midrash with your own life, with your work, with your relationships.

You probably already have habitual ways of explaining who you are, who others are, what’s happening, and what’s possible. Perhaps you currently have only one telling available to you, one that’s so familiar, so trusted, you can’t even tell that it’s there.

Making midrash from your own life involves starting to tell a different story from the one you’re currently telling. Maybe you’re not the righteous, wounded hero after all. Perhaps they’re not out to get you, but are trying to help. Maybe you’re not as in control of your life as you think – or perhaps you’re much more in control already than you knew. Maybe it is possible for you to be someone who asks for what you want. Perhaps there’s a contribution you’re making that you can’t see because of your self-critical stories. Maybe life has an invitation for you that’s not going to come from trying harder and harder until you work yourself into the ground.

These are just a few of the stories you might have about yourself and life, and a few of the alternatives you could start to imagine. You could also ask others how they’d tell the story of your situation – great midrash can begin simply from here.

Even if you have only one way of explaining your life, it’s already midrash, already just one interpretation of many that are possible.

So much opens, and so much suffering can be avoided, when you stop believing your own stories as the only truth.